For the last few years, VulcLAN’s RoNiN has made us a new wallpaper themed with the games are being played that year. He’s been busy once again, and with a little more than 4 weeks until game time, he submitted this years wallpaper. Grab the download here, and feast your eyes below. 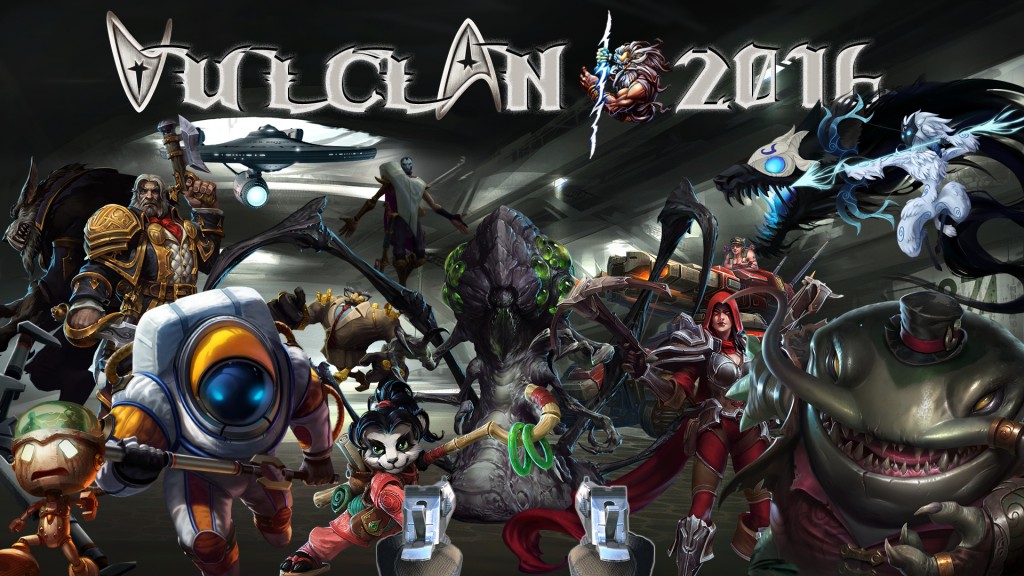 If you want to get all your games up to date, here are the links you will be a-needing!

If you have any questions, please drop us a line right here. In the meantime, get the games installed and polish up! Patches and legit games copies will likely be available at VulcLAN 2016, but it’s always best to be prepared.

We have a ton of game possibilities for VulcLAN 2016 – including Teeworld, (New) Unreal Tournament, Call of Duty 4, League of Legends, Heroes of the Storm, Halo 4 and many more. The problem is that we don’t have that much time to play them. We will have two “official” tournaments for big prizes and these tournaments will be Call of Duty 4 as well as League of Legends. Other tournaments that will go pretty quick are Teeworld and the new Unreal Tournament (Last Man Standing or similar). We will be running a separate Halo 4 tournament on Xbox One’s that will be available for play upstairs.

It will be a very busy year, and we hope to have a lot of prizes, fun and good times. Make sure to sign up, pick your seat and get ready to game in February this year.